Futeboltraining focuses on teaching the most important aspects of individual player’s development: Ball skills, passing, trapping, shooting, speed and agility. With mastery of these skills, players gain more confidence on and off the ball, when taking on opponents and most importantly we make sure players learn to enjoy the beautiful game. 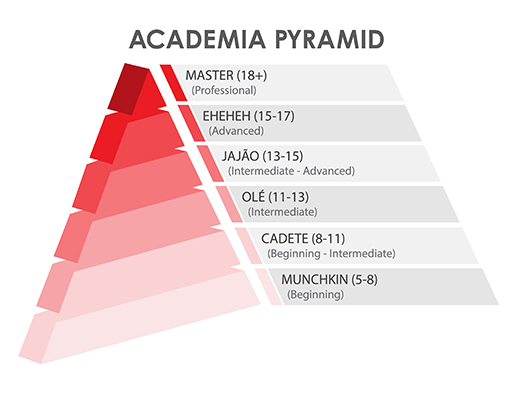 The academy’s curriculum is organized into phases.  Each phase is based on multiple factors including a player’s age and skill level.  Each player is evaluated when applying to the academia and is placed in the phase that is most appropriate for their individual development.   A traditional progression would be, to begin with, the Munchkin phase and progress upward as the player’s skills improve.

Munchkin Academia is the first stage of the Soccer Academy by Futeboltraining. At this stage young players begin their soccer career with fun sessions learning proper techniques through games and exercises while being encouraged to explore and try new things. They learn to love the game and are taught important tools that will help guide them through the different stages of the program.

Jajao is street slang in Angola and describes a move someone uses on an opponent.  Unlike other styles of play, jajao uses more of the player’s body movement and players at this stage are more composed and poised on the field.  They use timing and changes of direction to separate themselves from their opponents.  Jajao is the dance that is integrated with their movements on the field.

Cadete Academia is the second stage of the Soccer Academy by Futeboltraining. At this stage, players have the foundation and basic tools to take on opponents. They will start learning how to be dynamic with their moves, and be able to start understanding how to slow the tempo down and start to learn more advanced moves.

The Final Stage of the Academia curriculum is Eheheh. Players who are able to reach this level, are extremely comfortable on the pitch, they are silky smooth and when you watch them you see them dance on the pitch. They are quick with the ball, they rapidly change direction, they are constantly creating something out of nothing, have a sense of urgency and they think ahead.

Upon completing the Cadete stage players progress into Ole’.  Ole’ means bravo in Spanish and in bull fighting arenas signifies the passing of the bull through the Tores drape. We use Ole’ as a means of beating a defender by passing the ball through the opponent’s legs. Ole’ players are considered intermediate level and learn the art and technique necessary to complete all five levels.

With the completion of the final stage of the academy, players are ready to move on to colleges, universities or play at the professional level.

Learn The Technique, Learn The Art!

We are Portland’s Premier Technical Soccer Training and Development Program. Futeboltraining is designed for players 6-21 years of age, who are inspired to take their game to the next level.  Whether it be preparing for try-outs, getting extra touches on the ball, or just being introduced to the game. Let us help you get to where you need to be.

Ready to take your game to the next level?

Jo pushes me hard and encourages me to keep after it. He always says things that make me believe in myself and reminds me how much he believed in me. After the first couple of weeks, I already saw improvement in my game. I am settling the ball, I understand which are the right moves to make, and when it is better to pass than to possess the ball. I am always excited to work out with Jo because I Know I will learn something new.- Gabrielle Brown, Player
As you are aware, I coach competitive soccer in Oregon. Oldest daughter Sarah is currently playing college soccer and is the recipient of an athletic scholarship. My youngest daughter Laura is currently playing U12 competitive soccer at the premier level in Oregon. Laura started training with you approximately 14 months ago. It is clearly one of the best decisions we have made in contributing to her development as a soccer player. She has acquired, and continues to obtain, ball skills and touch that she did not previously possess. More importantly, her confidence in possessing the ball and taking players on has sky-rocketed. The individual/small group training that she has received from you has been instrumental in her progress and growth as a soccer player. Just as important, perhaps more so, Laura Loves training with you and remains eager to participate in your sessions even though she knows you are going to continually require here to focus, work hard, and give her best. Thank you.- Mike Strapoli, Coach-Parent
I feel totally comfortable when training with Joaquim. His training is fun and even though it’s tiring, you don’t really want to stop. I’ve learned a lot and it’s not complicated moves, it’s really simply moves that you can use anytime during the game and in any position. He’s really funny but is also very serious about his training, but I never feel uncomfortable. Just by talking to you and teaching you moves, he gives you more confidence in the way that you play. I love training with him and am really glad I have the opportunity.- Marissa Ward, Player
The progress our daughter Camille has shown training with Joaquim as well as her fitness level and athletic expression. Camille can now execute new moves in succession and does everything with greater speed and has become stronger. Her ability and agility have both improved as a result of her sessions with Joa. Joa has been able to bring out this improvement in Camille while keeping training fun. Camille loves going to her sessions, we would recommend Joa to anyone who wishes to improve their play and increase their pleasure in the game.- George Marshall, Parent

See Us In Action